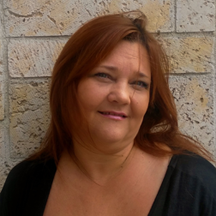 The edgy crime-dramedy series is about a group of detectives working the vice beat in Honolulu and is populated with local actors, writers and crew.

“Participating in Creative Lab Hawaii – Web-Series Immersive helped us re-conceive our web-series by applying what we learned in the program,” said Dee McBride. “The coaching that I received in the immersive program from Hannah Cheeseman (Actor, Executive Producer, Co-Creator of the award-winning web-series, “Whatever, Linda”) and the on-going training and development we are receiving from Executive Director of Creative Lab Hawaii, Michael Palmieri, has helped us get to this point and land this deal.”

Vice President of Programming for Seeka.TV, George Reese, said: “Paradise Justice attracted us because it has been created with a high level of artistic and technical quality. In addition, the team has done a wonderful job of leveraging the beauty of Hawaii. We are excited to have them in our launch lineup.”

“Dee’s involvement in the program has helped us shift the way in which we do business – as creators, executive producers, and as business people,” said Shawn McBride. “We are incredibly grateful for the State of Hawaii, Creative Industries Division, and the U.S. Commerce Department’s Economic Development Agency for their commitment to creative entrepreneurs in the state.”

“It’s exciting to see all the success stories coming out of our Creative Lab Hawaii program,” said DBEDT Director, Luis P. Salaveria. “The state remains committed to growing our innovation economy, which will create new job opportunities here in Hawaii.”

Georja Skinner, chief officer, CID, and founder of the CLH Program added: “We continue to link our creative entrepreneurs with industry decision-makers and it’s gratifying to see Hawaii’s knowledge-based economy growing and thriving.”

Creative Lab Hawaii’s Executive Director, Michael Palmieri, said, “We are thrilled for Dee and Shawn McBride, as well as the whole cast and crew of “Paradise Justice.” We are happy to hear that our program has made a significant contribution to them in landing this deal. We look forward to seeing the McBride’s next web-series that they are developing in our program, a dramedy titled, “Surfing Re-Booted,” in which they have partnered with another Creative Lab Hawaii – Web-Series Immersive fellow and surfing legend, Dan Moore, who is also executive producing.”

More information and photos of the 2016 Creative Lab Hawaii Web-Series Immersive program and participants may be viewed at: creativelab.hawaii.gov/2016-june-program-participants-information/.

For additional information on registration and submission guidelines visit creativelab.hawaii.gov or email creativelab808@gmail.com.

About CID (Creative Industries Division)
CID, a division within DBEDT, is the state’s lead agency dedicated to advocating for and accelerating the growth of Hawaii’s Creative Economy. Through initiatives, program development, and strategic partnerships, the division and its branches implements activities to expand the business development, global export and investment capacity of Hawaii’s arts, culture, music, film, literary, publishing, digital and new media industries.