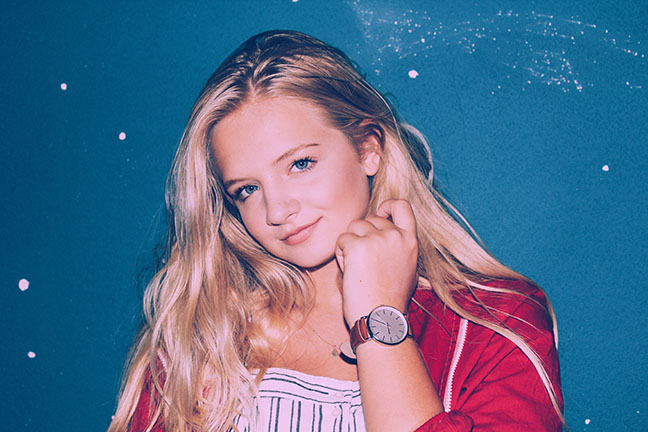 HONOLULU—The Department of Business, Economic Development and Tourism (DBEDT) congratulates Creative Lab Hawaii (CLH) Music Immersive Program Fellow Olivia Cargile on the placement of her song in one of the biggest online television promos of the upcoming television season. Fox Broadcasting Company (Fox) has recently released the online promo videos of their new medical drama series “The Resident,” which features “Bring You Back” — one of the songs that Olivia (LIIV) co-wrote and recorded during the Creative Lab Hawaii Music Immersive (CLHMI) in September 2017.

“The Immersive program experience was life-changing. Each day presented me with the opportunities to expand creatively, foster and develop my music, as well as form bonds that will last a lifetime,” said LIIV. “There were many highlights of the week-long program, but one that stood with me, in particular, was meeting the people that would later create a song with me and help move my career as an artist to the next level.”

“It is exciting to see what talented individuals like LIIV can achieve through their experience with Creative Lab Hawaii’s Immersive Programs,” said DBEDT Director Luis P. Salaveria. “Through direct access to music industry mentors in entertainment media, their talent is reaching a worldwide platform and audience, reinforcing Hawaii’s position as a hub for developing compelling content for the global entertainment industry.”

This past September, the 17-year-old singer, songwriter, producer, and multi-instrumentalist from Kailua was selected to participate in the CLHMI, which fosters opportunities for Program Fellows to expand their creative work via business opportunities through a group of world-class mentors in the music industry which provides a truly unique collaborative process. The CLHMI offers both established and promising songwriter applicants, the opportunity to partner with leading entertainment studio executives, hit-making producers and music industry insiders to collaborate on songs for specific TV and film projects. By participating in the CLHMI, LIIV was able to work directly with Mamie Coleman, senior vice president and the head of promotions at Fox Television.

In addition to LIIV’s recent noteworthy placement, music from the CLHMI has included placements in film and TV, as well as national and international advertising campaigns.

“Hawaii has a wealth of talent, and the goal of the Creative Lab Hawaii Music Immersive is to help our local artists make the connections they need in order to be successful in the mainstream music business,” said Georja Skinner, chief officer of DBEDT’s Creative Industries Division and founder of CLH. “We are excited by the ability to offer talented and creative entrepreneurs and artists like LIIV with access to the right tools and contacts to monetize their work.”

“Competition for song placements like this is fierce — only the very best of the best will make it into slots like these. While the placement itself is a huge success story, LIIV is now in rare company with other artists whose TV placements — like this one — have launched their careers,” said Charles Michael Brotman, executive director, CLH Music Immersive. “Garnering this national attention will help LIIV establish her reputation as a successful professional singer-songwriter and will help fuel the success of future TV song placements,” said Brotman.

LIIV’s co-writers on the song were CLHMI staff members, Mikey Wax and Brian Fennel, both of whom are established hit song writers with histories of TV and film song placements. Other staff team members involved in the placement included Lynn Grossman of Secret Road Music and Michael Eames of Pen Music.

To learn more about the 2018 Creative Lab Hawaii program, please join us for one of the next interactive info sessions:

Or visit our web site creativelab.hawaii.gov for more information.

About Creative Industries Division (CID)
CID, a division within DBEDT, is the state’s lead agency dedicated to advocating for and accelerating the growth of Hawaii’s Creative Economy. Through initiatives, program development, and strategic partnerships, the division and its branches implements activities to expand the business development, global export and investment capacity of Hawaii’s arts, culture, music, film, literary, publishing, digital and new media industries.