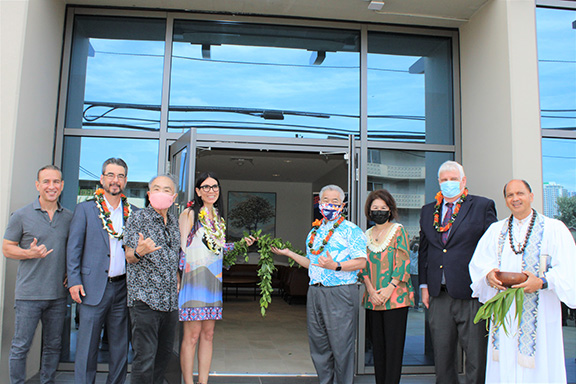 “This project is significant because it took an aging building on underutilized state land and transformed it into a brand new center that will offer support services and shelter for our at-risk youth, as well as new affordable rental units for a segment of our community that is most in need – families earning no more than 60% of area median income which translates to no more than $72,480 a year,” said Denise Iseri-Matsubara, executive director of the Hawaii Housing Finance and Development Corporation.

The project marks the first-ever partnership between HHFDC, the Hawaii Judiciary and the Kobayashi Group.

“I’m really happy to see the Kobayashi Group has expanded into the Low Income Housing Tax Credit field and am honored to share in its success on its first LIHTC project,” Iseri-Matsubara said.

The new complex is home to a juvenile services center and shelter, located on portions of the first- and second- floors of the building that are accessible via Alder Street. 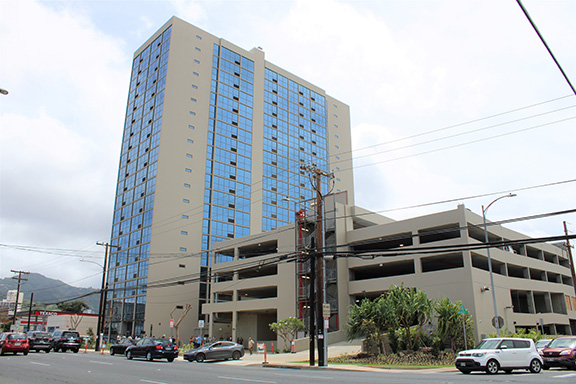 The rest of the building houses 201 units, including one unit reserved for a resident manager. Residents are serviced by an entry on the Piikoi Street side.

Residents cannot earn more than 60% of area median gross income to qualify to live at Hale Kalele. Under 2021 guidelines put out by the U.S. Department of Housing and Urban Development, a two-person household earning 60% AMI on Oahu is categorized as making a maximum of $58,020 annually. For a family of four, it’s $72,480.

The $91 million project received significant financial support from HHFDC, which provides opportunities to landowners and developers that construct or retain affordable housing units.

The land remains under state ownership and is being provided to the developer for $1 a year for 75 years.