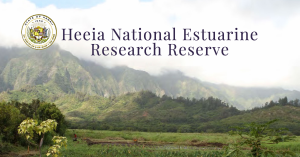 Act 166 of the 2019 Hawaii State Legislature was initiated by community members of the ahupuaa of Heeia, out of their deep care for the place and the desire to see future development and management guided by community values. This draft plan reflects values specific to the community of Heeia as reflected and documented in related planning efforts and through engagements over the last year. The intersection of this place’s cultural and ecological value can (and should) serve as a touchpoint for future development and management actions within the Park and throughout the ahupuaa.

The community engagement process brought to light points of strong disagreement between stakeholders, particularly relating to current management and operations of the Park. However, this planning process did make incremental strides in convening conversations that have the potential to lead to mutually beneficial resolution of stakeholder differences. Adoption and implementation of any of this report’s recommendations will therefore only result from the plan stakeholders working together, likely under the landowner’s leadership, with significant engagement from lessees of the Park and in consultation with long-time community members and the public. Warm gratitude is extended to those who participated in one-on-one dialogue, small group discussions, the September public meeting, and commenting on the draft plan; and those who contributed and constructively challenged the planning team responsible for this report. Mahalo!

Please reach out to HCDA directly if you have questions: dbedt.hcda.contact@hawaii.gov

Background
On January 19, 2017, Heeia was designated the 29th research reserve in the National Estuarine Research Reserve System (NERRS). Located in the Kaneohe Bay estuary on Oahu. It is 1,385 acres and encompasses upland forests, grasslands, wetlands, the fishpond, reefs, and seagrass beds, as well as Kaneohe Bay.

NERRS is a network of 29 estuaries, representing different bio-geographic regions of the United States, that are protected for long-term research, water-quality monitoring, education and coastal stewardship.

This NERR is unique because it was driven by the community, including the Koolaupoko Hawaiian Civic Club, Koolau Foundation, Paepae O Heeia, Kakoo Oiwi, the Department of Land and Natural Resources and Hawaii Community Development Authority.

“The Heeia Reserve recognizes Native Hawaiian and western management science and will use both to study the Kaneohe Bay estuary,” said U.S. Sen. Schatz. “The proposed reserve includes a taro loi, managed by Kakoo Oiwi, and a fishpond, managed by Paepae o Heeia, in addition to a portion of Kaneohe Bay and the University of Hawaii’s Hawaii Institute of Marine Biology. I am excited to see what we may discover when Native Hawaiian cultural practitioners work with UH’s scientists to understand Heeia.”

Kakoo Oiwi continues to work on the expansion and maintenance of the Heeia Wetlands referred to as hoi. Wetland restoration includes the planting of taro and new crops, restoring historic farm roads and removing invasive species. Approximately 20 acres of additional loi and farm land has been restored to productive agricultural use.

In addition, a mangrove removal project has been initiated through a grant from the National Oceanic Atmospheric Administration. The project has removed approximately 6 acres of invasive mangrove on the mauka and makai sides of Kamehameha Highway. Removal of the mangrove forest will allow the restoration of a key historic road that runs parallel to Kamehameha Highway. This historic road will allow access along the entire makai side of the hoi.